Okay..yes Kenny and I went to the New Kids on the Block conert. That would be my 4th concert but my 1st one is 17 years!!!!!ROTFL!!!!!!!!!!!!
It was alot of fun..I did remember the old songs but I only listen to a christian radio station so I didnt know any of the words to the new songs.
We did have pretty good seats….but in the middle of the concer all these body guards came back with a table and put it right beside Kenny!! Well my friend Danielle and I took Kennys spot and sure enough Jon Knight came out and sand on the table. Kenny’s job was to video and Danielle’s hubbys job was to take pics. It was alot of fun and would probably go again. 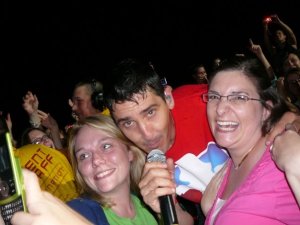 It was all very surreal!! We were the only ones without body guards in front of us!!! 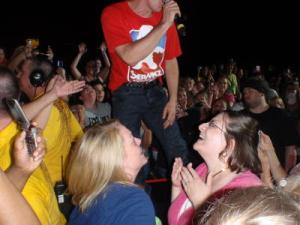 My friend Danielle is a much larger fan than I am!! She was hilarious!! 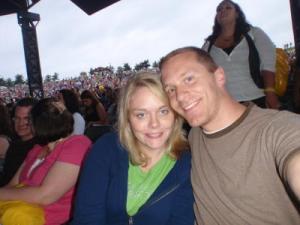 Me and my lovebug!!! 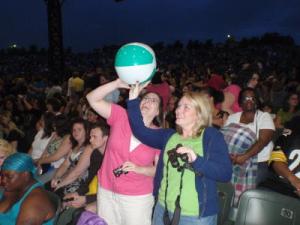 The beachballs going around the crowd were a blast!! 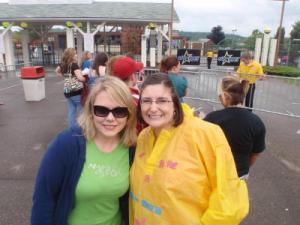 Me and Danielle!!!! Going into the concert!!