Paul did sooo wonderful!!!:):):) He was so cute and so brave! We are so proud of him. They ended up having to pull a tooth, so the tooth fairy will be visiting tonight!! That was what we had hoped to avoid, but the surgeon said she was not able to save it.
Starting the day with a smile… 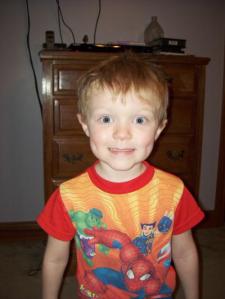 His only reaction to this gown was, I am a boy and dont wear dresses. What will Blake say? 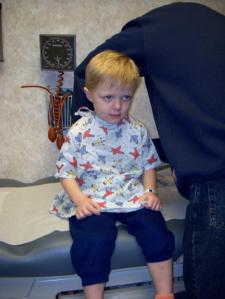 Daddy was the one that went back to be with him while they put him under. I just couldnt do it. And only one parent was allowed to go. Our preacher was there and I was so thankful for the distraction. 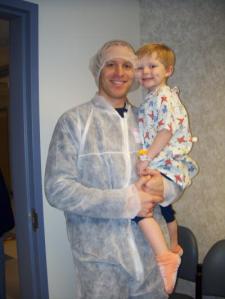 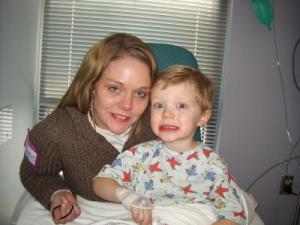 Came Home and crashed with the puppies!! 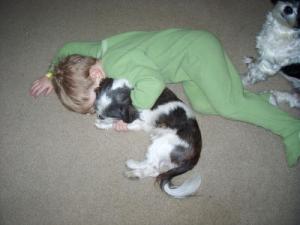 He is on a soft food diet for 4 days and after that still no hard candy, gum, gummies or anything real chewy.
To fill you in on what was going on with him, Last January we took Paul to the dentist and he said to watch him he had some decay on several molars. We watched as they slowly got worse, after several opinions, walking out of some offices in which he was handed Twizzlers…I had had enough and took him to Pittsburgh Childrens Hospital and said HELP!! They have been so wonderful and have now corrected the problem.